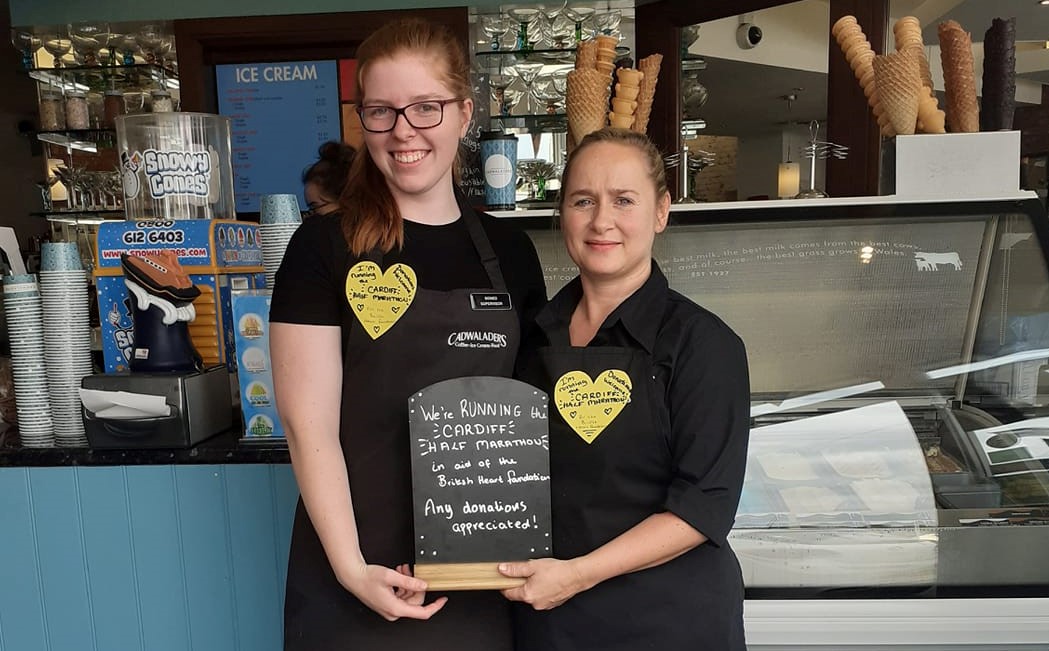 Cardiff Half Marathon Fundraiser for the British Heart Foundation

Our CEO and owner, Diane Brierley sadly lost her husband, Steve at the age of 55, in 2015 due to an undiagnosed heart condition. Diane said, “I am so proud of the team for their fundraising efforts all year, the team are going to be running the Cardiff Half for such a great cause”.

Cadwaladers staff have been fundraising all year and working hard to raise funds with Cyclathons, face painting, activity days and more. A brave selection of volunteers from the stores have also signed up to run the Cardiff Half Marathon. On the 6th of October, they will be running through the Welsh Capital past the iconic Cardiff Castle, around the waters of Cardiff Bay, through the heart of the bay past the Wales Millennium Centre and looping the idyllic Roath Park Lake before finishing at the Civic Centre.

Carys Williams, Store Manager of Criccieth Cadwaladers will be running with two members of her team in memory of her father who passed away 11 years ago after suffering chest pains.

“Alan, my dad, who was 56 at the time was airlifted to the hospital after experiencing chest pain. The Doctors informed us he had suffered a serious heart attack and was placed in intensive care. He started to take a turn for the better and was talking to us but unfortunately had another massive heart attack and passed away. He was always a hard-working man, who was rarely ill and never smoked and it was such a shock to the family. Therefore, I have decided to run the Cardiff Half Marathon and fundraise in his memory”.

“On January 10th, 2018 I suffered a sudden cardiac arrest at home. I remember feeling very tired and started to feel sick. Within seconds my vision went, and I started to panic. That was the last thing I remember.
I was lucky my parents were home and my dad used CPR until the ambulance crews arrived. I was rushed to the hospital and admitted into intensive care where I was put into an induced coma. I came around a few days later, I had no idea what had happened or how seriously ill I had been. It took a long time to recover but I am now feeling healthy and happy.
BHF look at treatments, prevention methods and possible cures around heart disease. The work they do in spreading knowledge about defibrillators and part-funding these for public access is extremely important. They help save lives, such as mine”.

We wish the best of luck to our staff taking part in the Half Marathon and we can’t wait to cheer you all on, training and raising this money is hard work and we commend you for it.

Good Luck to our runners;

Let’s all Reduce Reuse and Recycle this summer! ☕️♻️ https://t.co/JTHVTZPmny